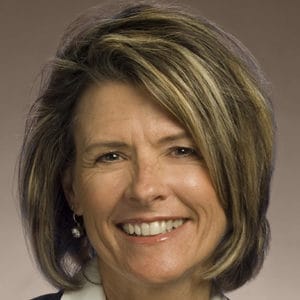 Family and Personal:
Rep. Weaver is married with one child and two grandchildren. She is also a small business owner and a singer/songwriter.

Memberships:
She is a member of Smith County Chamber of Commerce, the Rotary Club, and the National Rifle Association.

Councils and Boards:
She serves as Chair of the House Transportation Subcommittee.

Representative Terri Lynn Weaver: (R), serving district 40 since 2009, has been a mighty warrior for traditional conservative values.  This year she is the highest scoring member of the entire Tennessee General Assembly House of Representatives, scoring at remarkable 98% in a very tough year.

Rep. Weaver earned an A for leadership, accruing an impressive 80 merits in sponsorships, co-sponsorships and other meritorious actions.

Corporate welfare in all forms should be opposed. Our state government should not be giving economic advantages to any public or private for-profit entities. Let the free market pick the winners and losers. Kudos to Ms. Weaver for standing up for her constituents over billion dollar corporations.

Rep. Weaver supported every constitutionally conservative bill selected by this organization, with only one exception.

The one exception was a rather lengthy and ambiguously debated election/campaign bill which Rep. Weaver supported.

HB1201/SB1005 – Changes in campaign finance giving some advantage to incumbents

TLRC would like to have seen that bill cleared up and simplified. We can understand confusion surrounding this legislation. Rep. Weaver is a true credit to her constituents and to all Tennesseans, consistently voting for traditional conservative values. We look forward to working with her in the 113th session.