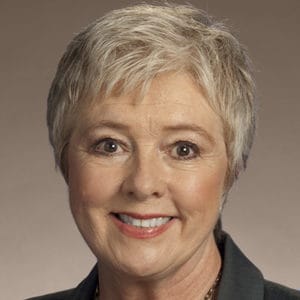 Family and Personal:
Sen. Bowling is married with three children and five grandchildren and is a former special education teacher.

Councils and Boards:
She serves as Deputy Speaker and is the State Executive Committee Woman for Senate District 16. She is also President of Tennessee’s Backroads Heritage and Chairman of the March of Dimes.

Senator Janice Bowling (R), District 16, has served in the Tennessee State Senate since 2013. She is a credit to her office and to her constituents. She has earned a vote score of 96% in a very tough year for making courageous votes, placing her in the #2 spot in the senate. Her leadership grade, which is based on various courageous acts, sponsorships and co-sponsorships, is an A+.

Senator Bowling sponsored a number of very strong bills, advocating for our rights, two of which TLRC scored:

Bowling opposed every bill TLRC opposed with the exception of one.

Corporate welfare in all forms should be opposed. Our state government should not be giving economic advantages to any public or private for-profit entities. Let the free market pick the winners and losers. Bowling understands this.

The one bill that Senator Bowling supported with which we took issue:

Her Leadership Grade of A+ was well deserved. We need more members like Senator Janice Bowling.