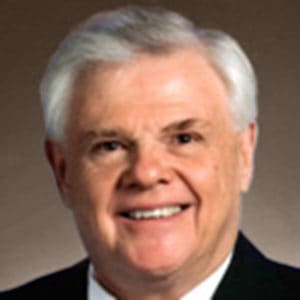 Family and Personal:
Sen. Yager is married with two children and works as both an Assistant Professor of History and Law at Roane State Community College and an assistant broker.

Memberships:
He is a member of the Rockwood Civilian Club, Roane County Humane Society, the Chambers of Commerce of Dayton, Spring City, Campbell, Fentress, Morgan, Roane, and Scott Counties. He is also the member of Gideons, Southgate Lodge No. 569 F&AM, and South Harriman Baptist Church.

Councils and Boards:
He is the chair of the Senate State and Local Government Committee. He is also a board member of the Community Reuse Organization of East Tennessee, Mideast Community Action Agency, Roane County Rescue Squad, and Roane County Heritage Commission.

Senator Yager (R) District 12, has served in the Tennessee State Senate since 2009. He has a disappointing vote score of 56% putting him in the 25th place out of 33 members. His Leadership Grade of D- is equally disappointing. Leadership grades are based on sponsorships, co-sponsorships, amendments and other acts, both good (+) and bad (-). We found little with which to reward Senator Yager in this year’s session.

Corporate welfare in all forms should be opposed. Our state government should not be giving economic advantages to any public or private for-profit entities.  Let the free market pick the winners and losers. Jobs would come to Tennessee if we were actually to reform our education system and to educate instead of indoctrinate. A well-educated workforce would be unique in America and every business would want to be in our right-to-work, no income tax state. Senator Yager should rethink these handouts.

Yager opposed a TLRC-endorsed bill: HB2746/SB2188 that makes Ivermectin available over the counter.  He did vote for 10 good bills we endorsed that would help preserve medical freedoms, election integrity, and education reform.  Many were weak relative to what should have been done.

Me must do better.