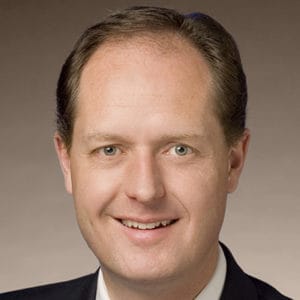 Family and Personal:
Sen. Johnson is married with three children and is a small business owner.

Councils and Boards:
He serves as chair of the Senate Commerce and Labor Committee and is also on the Advisory Board of the David House Child Advocacy Center.

Senator Jack Johnson (R): District 23, Senate Majority Leader. Leader Johnson is difficult to evaluate given his role as Majority Leader. He has the responsibility of sponsoring most of the Governor’s bills and probably many other responsibilities that could blur his true and independent tendencies. That said, he must act on his conscience; going along to get along is unacceptable.

Senator Johnson did not distinguish himself as well as a leader could.  His vote score of *62% places him in the 24th  place  in a senate of 33. His 23 merits toward leadership put him in the middle of the pack with a C.

*This is a correction; a vote was overlooked.

Here are some of the bills he supported:

The following link will take you to a video that reveals the actual course and end result of Senator Johnson’s commitment on the half-billion dollar Titan’s handout (SB2901):

We are proud that Tennessee has a great balance sheet, but that money is coming from hard-working Tennesseans who are now having to pay 10-20% more for all their essentials. The “tax-cut” included in the budget (a 4% sales tax exemption on food for August only) is an insult. Our large surpluses, above and beyond the rainy-day fund, should trigger a real tax cut, such as the gas tax. Give back to the people, not the elites.

If we want more jobs for Tennesseans, we do not have to give them the peoples’ money. All we have to do is educate our youth instead of indoctrinating them. A well-educated workforce would be unique in America and all businesses would want to be here in the right-to-work, no state income tax state of Tennessee!

As a leader, we feel Senator Johnson could do much more to represent his constituents and all of the ordinary citizens of Tennessee as opposed to special interests, the monied, and the well-connected.

Many of our elected leaders forget for whom they are working.