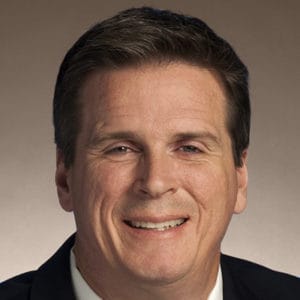 Family and Personal:
Rep. Jernigan is married with four children.

Councils and Boards:
He serves on the board of Disability Rights TN and the Belmont University Occupational Therapy Board.

He co-sponsored two that we opposed:

Chairman Jernigan often votes with his fellow party members against strong constitutional bills and supports those that are neutral or more profligate with tax-payer money and expansive government. Jernigan does not seem to fully understand the principles of freedom embodied in our constitution. His constitutional score is a three out of ten.

Of the eighteen bills he sponsored, six of them passed into law:

HB0099 authorizes a state department or agency to update signage on state property indicating accessibility for persons with disabilities within existing resources.

HB0100 requires that petitions for appointment of a conservator include results of searches of the proposed conservator in the department of health’s registry of persons who have abused, neglected, or misappropriated the property of vulnerable persons and the national sex offender registry.

HB0101 clarifies that a motorized wheelchair is not a motor vehicle for purposes of the rules of the road, accidents, and crimes involving motor vehicles.

HB0548 replaces one of the consumer member appointments to the board of chiropractic examiners with the appointment of a member who is a chiropractic X-ray technician or chiropractic therapy assistant certified in this state not less than two years.

We look forward to back-to-normal conditions at the capitol and hope to find more common ground in the 2022 session.