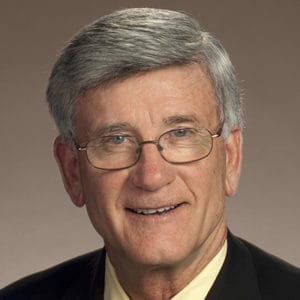 Family and Personal:
Sen. Gardenhire is married with four children and five grandchildren and has retired from the finance industry.

Memberships:
He is a member of the National Rifle Association, Hamilton County Pachyderm Club, Cleveland and Bradley County Chambers of Commerce, and Tennessee Valley Safari Club.

Councils and Boards:
He serves as 2nd vice chair of the Senate Education Committee. He is a Board Member of Awakening, Inc.

Senator Todd Gardenhire (R), District 10, has served in the Tennessee State Senate since 2013. Senator Gardenhire has a vote score of 50%, placing him #26 in a body of 33, showing much room for improvement.  His leadership grade of D- is consistent with his bottom-of-the-GOP-pack performance. Leadership grades are based on sponsorships, co-sponsorships, amendments, and other acts, both good (+) and bad (-).

Corporate welfare in all forms should be opposed. Our state government should not be giving economic advantages to any public or private for-profit entities. Let the free market pick the winners and losers. Jobs would come to Tennessee if we were actually to reform our education system and to educate instead of indoctrinate. A well-educated workforce would be unique in America and every business would want to be in our right-to-work, no-income-tax state. Members should rethink these handouts. To his credit, Senator Gardenhire did oppose another corporate welfare bill:

Senator Gardenhire could lead in the battle against bigger government and for our 10th amendment rights to make good policy decisions for ordinary Tennesseans by Tennesseans. We are in crisis. He can and must do better.

We hope by listing these bills, that tells you what you need to know about your General Assembly members.