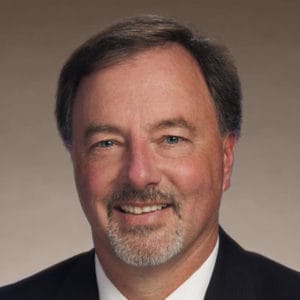 Family and Personal:
Sen. Bell is married with five children. He is a business owner and farmer.

He is also a member of the Chambers of Commerce in the Athens Area, Etowah, Cleveland/Bradley, and the counties of Meigs, Monroe, and Polk.

Councils and Boards:
He is chair of the Senate Government Operations Committee and Co-Chair of the Tennessee Sportsmen’s Caucus.

Senator Mike Bell (R), District 9, has served in the Tennessee senate since 2011.  He serves as chairman of the powerful Senate Judiciary Committee. Senator Bell has a vote score of 67%, placing him at #18 – 23 (ties). Bell supported five bills which TLRC opposed and opposed two bills which TLRC supported.

Bell’s leadership grade of A- is based on sponsorships, co-sponsorships and other meritorious or deleterious acts. He did much better in that department.

Senator Bell is retiring from the Tennessee senate. Representative Mark Hall is running for Bell’s senate seat. The TLRC report is favorable to Representative Hall.

Members need to be reminded for whom they are obligated to work.