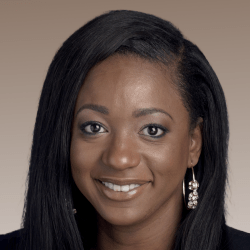 Family and Personal:
Sen. Lamar graduated from Saint Mary’s College with a major in political science and double minors in sociology and intercultural studies.

Memberships:
She is a member of the National Organization of Black Elected Legislative (NOBEL) Women, Emerge Tennessee, Young Democrats of America, New Leaders Council Nashville, and the Tennessee Democratic Party.

Councils and Boards:
She is the president of the Young Democrats of Shelby County and secretary of the Tennessee Black Caucus of State Legislatures.

Sen. Lamar followed the Democrat party line and voted against bills chosen for education reform, medical freedom, second amendment rights, fiscal responsibility, governmental transparency, election integrity, and constitutional fidelity. Sen. Lamar earned a vote score of 7% and a leadership grade of F based on her sponsorships and other meritorious or deleterious actions.

Here are some of the bills Sen. Lamar supported:

Here are some of the TLRC-endorsed bills Sen. Lamar opposed: