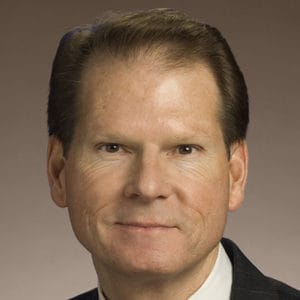 Family and Personal:
Sen. Hensley has two children and is a physician.

Senator Joey Hensley (R), District 28, has served in the General Assembly since 2003. He served in the house from ’03 through ’14 and then in the senate from ’15 until present. His vote score of 93% places him #3 in the 33 member senate. His Leadership grade of A+ places him at the top. Many citizens think there should be term limits, and had that been the case, we would not have had the pleasure of knowing Senator Henley and benefitted from his principled service.

Senator Hensley sponsored five of the bills TLRC recommended for passing which earned him an A+ Leadership grade. Leadership grades are based on courageous acts, sponsorship of ambitious bills, amendments, and other meritorious or deleterious actions.

Some of the bills Senator Hensley sponsored:

Senator Hensley co-sponsored many more bills of which we think voters would approve. Like the majority of senators, he lost points on two corporate welfare bills:

To his credit, Senator Hensley voted to take out of the budget another corporate welfare bill:

Corporate welfare in all forms should be opposed. Our state government should not be giving economic advantages to any public or private for-profit entities. Let the free market pick winners and losers.

Historically, Senator Hensley has been a leader for good education reforms. If we had the education system that we should have, corporate welfare would not be necessary to lure jobs to Tennessee. A well-educated workforce would be unique in this country and every growing business in America and beyond would want to be here in Tennessee, a right-to-work, no income tax state.

Our thanks to Senator Hensley and may Tennessee continue to enjoy his service.