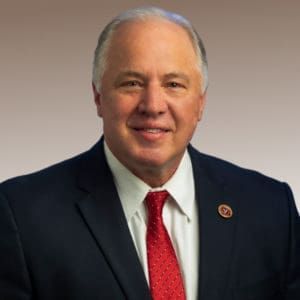 Family and Personal:
Sen. Walley is married with three children and three grandchildren and is a Clinical Psychologist and Consultant. He is also a licensed minister and UAB adjunct faculty.

Memberships:
He is a member of the Domestic Violence State Coordinating Council, Second Look Commission for Severe Child abuse, TN Farm Bureau, American Psychological Association, the NRA, and the NFIB.

Councils and Boards:
He is 2nd Vice Chair of the Senate State and Local Government Committee and a councilman on the Senate Energy, Agriculture, and Natural Resources Committee. He is also Chair of the American Insurance Trust.

Senator Page Walley has a vote score of 70%, placing him #13-14 (tie) in a body of 33. He has accrued no leadership merits, giving him a grade of F. We are looking only at the bills we selected for their importance, good or bad, to the average Tennessean. Walley may have been meritorious on other bills but these bills listed are the bills we examined.

Leadership grades are based on sponsorships, co-sponsorships, amendments, both meritorious (+) and deleterious (-), and other bold and courageous acts (+) or furtive, unprincipled acts (-). Walley’s low leadership grade indicates a reluctance to co-sponsor bills which he later supports with his votes. Those co-sponsorships would significantly raise his grade.

Senator Walley should always fight against bigger government and for constitutional principles. We need principled members to battle against government expansion, for our 10th amendment rights, and to make good policy decisions for ordinary Tennesseans, not the monied elites.   We are in crisis. We can and must do better.