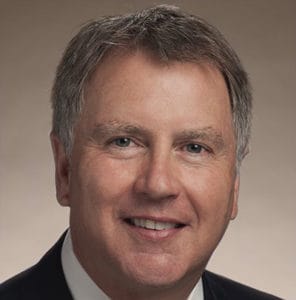 Family and Personal:
Sen. Roberts is married with three children and is President of Resource Network.

Senator Kerry Roberts, (R) District 25, has served in the Tennessee State Senate since 2015. Senator Roberts has a very respectable vote score of 91%, placing him #4 in a body of 33. His leadership grade of C indicates that he could do better in personal pro-freedom initiatives. Leadership grades are based on sponsorships, co-sponsorships, amendments, and other acts, both good (+) and bad (-).

Here are three TRLC-opposed bills that, to his great credit, Senator Roberts opposed as well:

Senator Roberts has the potential to be a senate leader in the battle against bigger government and for our 10th amendment rights to make good policy decisions for ordinary Tennesseans by Tennesseans. We are in crisis. We can and must do better.