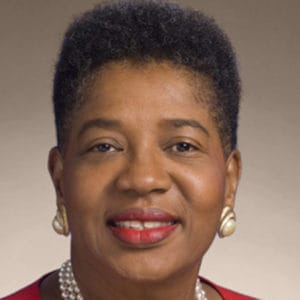 Family and Personal:
Sen. Gilmore is married with one child and is a retired Director at Vanderbilt University.

Memberships:
She is a graduate of Tennessee Government Executive Institute, Leadership Vanderbilt, and Leadership Nashville.

Senator Brenda Gilmore (D): District 19, Nashville. Senator Gilmore spent eleven years in the House before being elected to the Senate in 2018. She knows her way around but is often on the wrong side of TLRC positions. She has a 50% vote score, reflective of twelve votes contrary to TLRC recommendations, as opposed to eleven bills for which the Senator supported that TLRC also supports.

Senator Gilmore sponsored forty-six bills, ten of which passed into law. None are objectionable. See them here.

We do not need more laws; we need better laws, and enforcement of the laws already on the books. The grassroots are looking for courage in our legislators: courage to stand up for constitutional principles over pressure from party leadership and paid lobbyists.

We are at a crisis point and now is the time to stand for the people instead of special interests, the wealthy, and well-connected, and against those who assume power through corruption and coercion. If we do not, we could very well lose our republic and our liberties. Democrats and Republicans alike need to step up now to save our constitutionally protected rights and liberties. Our republic is under attack!