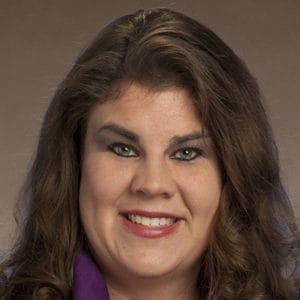 Family and Personal:
Sen. White is married and was formerly a teacher, small business owner, and a member of the House of the TN General Assembly.

Councils and Boards:
She is Majority Secretary/Treasurer for the Republican Caucus of the TN General Assembly. She also serves as a Board member of CASA of Rutherford County, Discovery Center, and Saint Thomas Rutherford Ambassadors.

Dawn White (R), District 13, has been a member of the General Assembly since 2013, serving in the house until 2018 when she was elected to the senate. Senator White has a vote score of 80%, placing her at #6 out of 33 members. Her Leadership grade is A-, placing her in a 5th place tie. 2022 was a tough year with more controversial legislation than usual.

Senator White supported every positive bill we scored, including one of her own. We applaud her for  sponsoring HB2742/SB2728, requiring public high schools to teach virtues of capitalism and the US and Tennessee constitutions. Providing that it is enforced and the subjects properly taught, that legislation could be prodigious. White scored extra merits for that bill.

Senator White supported all of the  TLRC bills chosen for passing:

Senator White, like the majority of TN state senators, also supported corporate welfare, along with a couple of other measures with which we took issue:

To her credit, Senator White opposed:

Senator White needs to rethink all corporate welfare bills. Corporate welfare in all forms should be opposed. Our state government should not be giving economic advantages to any public or private for-profit entities.  Let the free market pick winners and losers. Credit is due White for opposing HB2886/SB2901, which provides $500M for Titans to build a new stadium.

Education reform is the key to job and economic growth. A well-educated workforce would be unique in America.  If we had that, every business would want to be here in Tennessee, a right-to-work, no state income tax state. Her bill to require the teaching of free market capitalism and the constitution are a great step in the right direction.  More please!

Senator White has great potential to be a leader in the battle against bigger government and for our 10th amendment rights to make policy decisions for Tennesseans by Tennesseans.