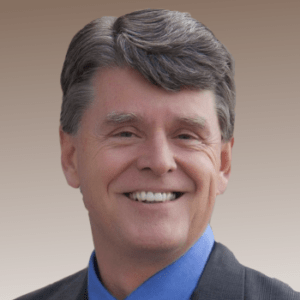 Family and Personal:
Rep. Leatherwood is married with five children and is retired after serving as Register of Deeds.

Rep. Tom Leatherwood (R) came to the GA 2019. He has been a positive force by supporting conservative values. His vote score of 83% places him in the top 13% of members of the House. It was a tough year; no one earned 100%.

We give Rep. Leatherwood credit for opposing a popular bill that passed into law that allows illegal immigrants to obtain professional licenses in Tennessee. Also, to his credit, he opposed the $500,000,000 for the Tennessee Titan’s new stadium. We wish he had shown the same good judgement on two others. As did 92% of our House members, Representative Leatherwood fell short by supporting a couple of corporate welfare handouts:

HB2609, extending an 80% tax break to the Cincinnati Reds’ farm team in Chattanooga, and HB8002, giving $678,218,300 of taxpayer money for Ford to build an electric vehicle plant in West Tennessee.

We oppose corporate welfare in all forms. Our state government should not be giving economic advantages to any public or private entities. Leave the economics to the free market.

Leatherwood courageously sponsored a bill that challenges current marriage law, resolving that natural law is that marriage is between a biological man and a biological woman. Unfortunately, it did not pass.

We hope he returns to the General Assembly and look forward to working with Rep. Leatherwood in the 113th session.