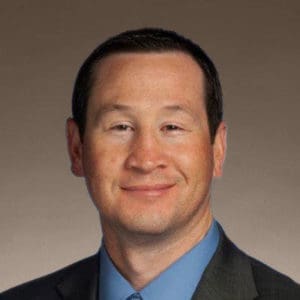 Family and Personal:
Rep. Hicks is married with two children and is a technology director.

Memberships:
He is a member of the Tennessee Educational Technology Association and Hawkins County Imagination Library.

Hicks earned eight out of ten on constitutional fidelity, supporting the TLRC position on thirty-four of our thirty-seven bills. He co-sponsored the somewhat controversial SR0023 – Rudd – Resolution creating a bi-cameral panel to research the recall of Judge Ellen Hobbs Lyle (failed in House Civil Justice subcommittee).

His errant votes were supporting the following bills:

SB0425/HB1379 – Kumar/Massey – Would require insurers to cover infertility treatments which would result in higher premiums for all.
Dictating to private business is antithetical to the U.S. and Tennessee constitutions but some of our legislators only remember that when it serves them (sent to Summer Study).

Chairman Hicks is one of the better members of the Tennessee General Assembly. He is polite and conscientious. He has done good things in the past and we expect more from him in the coming years. He can up his game by sponsoring and co-sponsoring courageous and constitutional bills.

We do not need more laws; we need better laws, and enforcement of the better laws. The grassroots are looking for courage in our legislators: courage to stand up for constitutional principles over pressure from leadership and paid lobbyists. Gary Hicks has demonstrated some of these qualities in the past. We think he can step to the front and lead in the struggle to insulate Tennessee from the onslaught of unconstitutional policies and executive orders coming from the Biden administration.