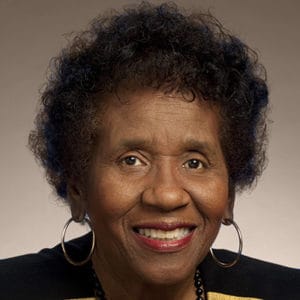 Councils and Boards:
She serves on the Southwest Community Education Advisory Committee and as chair of the Shelby County Section SAC. She also serves on the CIO Labor Council, Education Leadership Council, Memphis Area Association of Governments Board (MAAG), Downtown Memphis Commission Board, Social Action Committee, and is secretary of the Shelby County Delegation.

Rep. Cooper followed the Democrat party line and voted against bills chosen for education reform, medical freedom, second amendment rights, fiscal responsibility, governmental transparency, election integrity, and constitutional fidelity. Rep. Cooper earned a vote score of 11% and a leadership grade of F based on her sponsorships and other meritorious or deleterious actions.

Here are some of the bills Rep. Cooper supported:

Rep. Cooper did not support these bills: