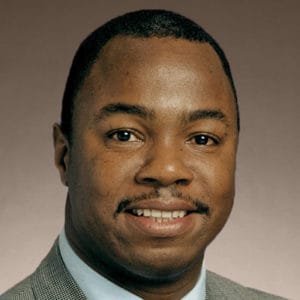 Family and Personal:
Rep. Towns is a businessman and entrepreneur. He is also co-founder of C.U.T.E.C Anti Crime Organization.

Memberships:
He is a member of the Kappa Alpha Psi Fraternity, Men of Progress, 100 Black Men, and the Gardenview Home Owner Association.

Councils and Boards:
He is Assistant Democratic Leader.

Rep. Towns followed the Democrat party line and voted against bills chosen for education reform, medical freedom, second amendment rights, fiscal responsibility, governmental transparency, election integrity, and constitutional fidelity. Rep. Towns earned a vote score of 27% and a leadership grade of D- based on his sponsorships and other meritorious or deleterious actions.

Here are some of the bills Rep. Towns supported:

Here are some of the TLRC-endorsed bills Rep. Towns opposed: