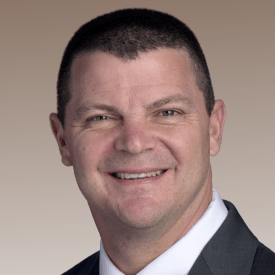 Family and Personal:
Rep. Hurt is married with five children and is a real estate broker.

Rep. Chris Hurt (R)was new in 2019. He is the Vice Chair, Education Administration Committee, Member, Agriculture and Natural Resources Committee, Agriculture and Natural Resources Subcommittee, K-12 Subcommittee, Select Committee on Rules, and the Transportation Committee. Rep. Hurt is one of our champions, supporting twenty-six of the TLRC positions on chosen bills with only two dissents, earning him a 96% vote score. He showed courage by co-sponsoring nine of our favored bills.

Here are just some of the more controversial bills which Hurt courageously supported:

Hurt earned a commendable ten out of ten on constitutional fidelity. His courageous actions nullified any errant actions. His only two errant votes were supporting the following bills which TLRC opposed:

SB0783/HB1204 – Massey/Zachary – Authorizes a special sales and use tax allocation to finance Randy Boyd’s Baseball stadium in Knoxville at the expense of Tennessee taxpayers. Boyd is a mega-millionaire (passed).

HB0713 requires an LEA to allocate prorated daily per pupil state and local funding to an out-of-state residential mental health facility if a student of the LEA is admitted to the facility and certain conditions are met.

HB0714 specifies that an employee of a county or municipality is not entitled to back pay if the employee is arrested and placed on administrative leave and then voluntarily separates from employment, even if the charges are dropped or the employee is found not guilty, or is terminated for reasons other than the arrest; requires that the records of the administrative actions be preserved.

HB0716 prohibits the governing body in a county in which the Uniform Residential Landlord and Tenant Act applies from enacting or enforcing regulations in conflict with, or in addition to, the Act; changes the applicability of the Act so that a county that is not under the Act now will not come under the Act even if the county’s population increases to be more than 75,000 in subsequent years.

We do not need more laws; we need better laws, and enforcement of the better laws. The grassroots are looking for courage in our legislators: courage to stand up for constitutional principles over pressure from leadership and paid lobbyists. We see that in Chris Hurt. We are at a crisis point and now is the time to stand for the people instead of special interests, the wealthy and well-connected, and against those who assume power through corruption and coercion. If we do not, we could very well lose our republic and our liberties.