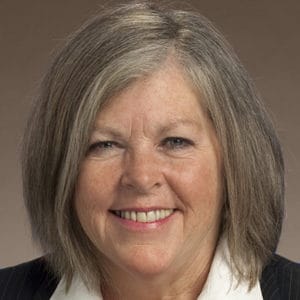 Family and Personal:
Rep. Moody is married with four children and is a homemaker. She is also an assistant teacher of 8th grade girls Life Group at Bellvue Baptist Church.

Councils and Boards:
She is vice chair of the House Civil Justice Committee.

Representative Debra Moody (R) Dist 81, serves as Chair, Education Instruction Committee and is a member of 9 more committees in the TN House.

Chairman Moody is one of your best members of the TN House, with a vote score of 88%, placing her #8 out of 99 members. She is 100% on education issues. She earned and A for leadership for supporting so many good bills of her own and her fellow members.

Chairman Moody showed the courage of her convictions on two corporate welfare bills. She voted no despite great pressure from lobbyists and leadership:

Corporate welfare should be opposed in all forms. Our state government should not be giving economic advantages to any public or private entities. Leave the economics to the free market.

An area where we differed was two election laws which were ambiguously debated in committee:

TLRC gives Chairman Moody high praise and we look forward to working with her in 2023.