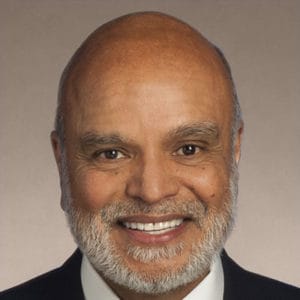 Family and Personal:
Rep. Kumar is married with one child and is both a surgeon and president of Nashville Surgical Instruments. He is also Assistant Clinical Professor of Surgery at Vanderbilt University’s School of Medicine and holds three U.S. Patents: Surgical Skin Staple, Method and Device for Cholangiography (Kumar clamp and catheter), Method and Device for Mesh Fixation (Kumar T-Anchors). He serves as a Sunday school teacher as well.

Councils and Boards:
He is vice chair of the House Health Committee and is also attending surgeon at NorthCrest Medical Center, Springfield.

Leadership grades are based on sponsorships, co-sponsorships, amendments, both meritorious (+) and deleterious (-), and other bold and courageous acts (+) or furtive, unprincipled acts (-). Kumar’s low leadership grade indicates a reluctance to co-sponsor bills which he later supports with his votes.  Those co-sponsorships would significantly raise his grade.

TLRC scores and grades reflect the entire process, not just end results.  We count every vote on every selected bill.  Bills are selected for their value to ordinary Tennesseans, or their insult to those values.  We encourage all General Assembly members to support the former and oppose the latter.  When they don’t, they lose points.

All forms of corporate welfare should be opposed. Our state government should not be giving economic advantages to any public or private for-profit entities. Let the free market pick the winners and losers. Jobs would come to Tennessee without these incentives if we were to reform meaningfully our education system and to educate our youth instead of indoctrinating them.  A well-educated workforce would be unique in America and every business would want to be in our right-to-work, no income tax state of Tennessee. Members should rethink these handouts.

Representative Kumar should always fight against bigger government, for personal freedoms, and for constitutional principles. We need principled members to battle against government expansion, for our 10th amendment rights, and to make good policy decisions for ordinary Tennessean, not the monied elites. We are in crisis. We can and must do better.