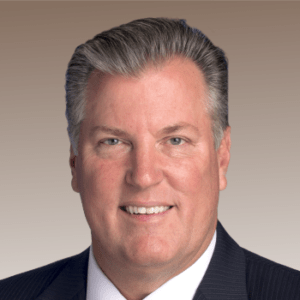 Family and Personal:
Rep. Cepicky is married with two children and is both a mortgage banker with Regions Bank and a cattle rancher.

Rep. Scott Cepicky (R), new in 2019, came on strong as a champion for education reform. He was poised to be our hero, rescuing Tennessee from the fate of other states with woke populations due to poisonous curriculum, creating narcissistic, gender-confused, dependent “democratic socialists” who can’t read or do math without a calculator. What happened?

Despite Representative Cepicky’s vote score of 94%, placing him in the top 12%, and his accrued merits for sponsorships and co-sponsorships, somewhere along the way he lost something. Was it his courage? Did ambition take over? We don’t know, but we want the old Scott Cepicky back.

Cepicky’s focus was on all students reading at grade-level by third grade: a noble and feasible goal. Since then, he has been involved in many endeavors that have moved education in the right direction, but achievement charts are moving in the wrong direction. He had a golden opportunity to make pornographic material in school libraries a criminal offense, enforced by law, but he caved. HB1944 was a great bill in its initial form. He folded to pressure from the lobbies of the National Library Association and the Tennessee Association of School Librarians. The bill originally stated the current criminal law and would hold public schools to that law. Cepicky allowed the bill to be amended to allow school district officials to handle the infraction administratively–the fox guarding the henhouse. His words on the House floor:

“Members, this is a very simple bill. It is made to protect our librarians and to protect the arbitrary removal of a book from the school library. That is what the bill does.”              https://tnga.granicus.com/MediaPlayer.php?view_id=610&clip_id=26758

The bill was written to protect children in public schools against the perverse and obscene material provided. After its compromise, his constituents encouraged him to withdraw the bill, but he refused.

A look at a sample of what TASL stands for:

Recommended Fiction Books About Racism for Your School Library

In education we are still waiting after four years for the improvements promised, and “Johnny still cannot read.”  Last session, Cepicky was a champion of parents and children holding Education Commissioner Penny Schwinn’s feet to the fire. He seems to have abandoned this as Penny Schwinn unabatedly continues ushering in Social Emotional Learning. CRT is rampant within the school libraries, and there seems to be no practical way to enforce the CRT law. Another year has passed and the school system still has not focused on reading, writing, and arithmetic.

Cepicky’s Maury County had another shortfall in the requested local legislation to apply impact fees to residential building permits. HB1675 would have provided this for the county. His reluctance to carry the bill gained notice in the legislature before he even filed it. The bill was strongly opposed by the TN Builders Association and the TN Realtor Association. Predictably, this important legislation failed.

Corporate welfare in all forms should be opposed. Our state government should not be giving economic advantages to any public or private for-profit entities. Let the free market pick the winners and losers. Jobs would come to Tennessee if we were actually to reform our education system and to educate instead of indoctrinate. A well-educated workforce would be unique in America and every business would want to be in our right-to-work, no income tax state. Members should rethink these handouts. To his credit, Representative Cepicky opposed corporate welfare bills.

TLRC looks forward to the 2023 Scott Cepicky with more attention to his base and constituents and less on political  positioning. He certainly has the skill when he has the will.