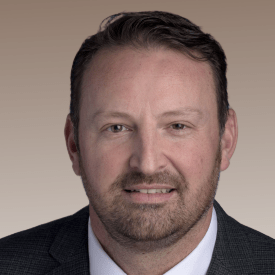 Family and Personal:
Rep. Ogles is married with four children and is the owner of Branch Building Group.

Councils and Boards:
He is Republican Majority Caucus Vice-Chairman and serves as Board Member of Grassland Athletic Association and TN Homework Hotline.

Rep. Brandon Ogles (R) came to the GA in 2019. Member, Civil Justice Committee, Civil Justice Subcommittee, Finance, Ways, and Means Committee, and Finance, Ways, and Means Subcommittee. He was out a good portion of this year’s session with a serious case of COVID 19. When present, he is one of our champions, supporting most of the TLRC positions on chosen bills with no dissents, earning him a rare 100% vote score. He sponsored one of the important bills we chose to score:

He co-sponsored three of our favored bills:

Showing that courage again, Ogles voted “present and not voting” when the overwhelming majority of his fellow members fell in line to approve SB0783/HB1204 – Massey/Zachary – Authorizes a special sales and use tax allocation to finance Randy Boyd’s Baseball stadium in Knoxville at the expense of Tennessee taxpayers—Boyd is a mega-millionaire (passed).

Representative Ogles earned a commendable 9.5 out of 10 on constitutional fidelity. His only errant vote was on HR110 – Hardaway – Resolution to honor Pastor William J. Barber II (sent to Summer Study). Barber is a black theologist CRT advocate whose rhetoric is anti-American in the tradition of Jeremiah Wright. HR110 was only scored for constitutional evaluations so it did not affect his vote score.

We do not need more laws; we need better laws, and enforcement of the better laws. The grassroots are looking for courage in our legislators: courage to stand up for constitutional principles over pressure from leadership and paid lobbyists. Leader Ogles fits that description. We are at a crisis point and now is the time to stand for the people instead of special interests, the wealthy, and well-connected, and against those who assume power through corruption and coercion. If we do not, we could very well lose our republic and our liberties.