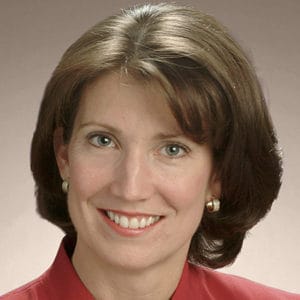 Family and Personal:
Rep. Lynn is married with two children and five grandchildren and is a regulatory compliance manager.

Councils and Boards:
She is chair of the House Consumer and Human Resources Subcommittee. She also serves on the Heartland Institute Advisory Board.

Rep. Susan Lynn: (R) Member, Banking and Consumer Affairs Subcommittee, Commerce Committee, Finance, Ways, and Means Committee, and the Finance, Ways, and Means Subcommittee. She is one of the champs, supporting twenty-seven of the TLRC positions on chosen bills with three dissents, earning her a 94% vote score. She co-sponsored a whopping fifteen of our chosen bills, some of them quite controversial, showing a lot of courage. Unfortunately, Chairman Lynn supported three bills that TLRC opposed, lowering her vote score to mid-level for conservatives:

SB0425/HB1379 – Kumar/Massey – Would require insurers to cover infertility treatments which would result in higher premiums for all (sent to Summer Study). Dictating to private business is antithetical to the U.S. and Tennessee constitutions but some of our legislators only remember that when it serves them.

Lynn earned a commendable 9.5 out of 10 on constitutional fidelity. Chairman Lynn sponsored eleven bills, only one of which passed into law:

HB0432 County Boundaries – As enacted, alters the boundary between Davidson and Wilson counties in such manner as to detach certain parcels of real property currently located in Davidson County and to attach such parcels to Wilson County.