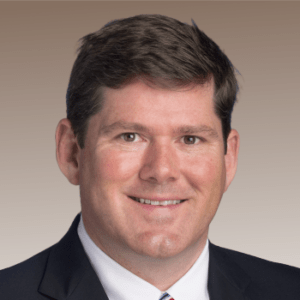 Family and Personal:
Rep. Freeman is married with three kids and serves as Vice President of Real Estate Investment and Development with Foresta Group, Inc.

Boards:
Rep. Freeman is a board member on the Tennessee Environmental Council, Southern Alliance for Clean Energy, and U.S. Green Building Council’s Market.

Memberships:
Rep. Freeman is a member of the Leadership Advisory Board and the Nashville Homeless Commission.

Sen. Freeman followed the Democrat party line and voted against bills chosen for education reform, medical freedom, second amendment rights, fiscal responsibility, governmental transparency, election integrity, and constitutional fidelity. Sen. Freeman earned a vote score of 17% and a leadership grade of F based on his sponsorships and other meritorious or deleterious actions.

Here are some of the bills Sen. Freeman supported:

Here are some of the TLRC-endorsed bills Sen. Freeman opposed: