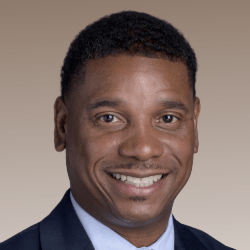 Family and Personal:
Rep. Dixie is married with two children and is a small business owner.

Memberships:
He is a member of the New Leaders Council, the National Association of Black Accountants, Omega Psi Phi Fraternity, INC, Knights of Peter Cleaver, and the Tennessee Association of Professional Bail Agents.

Councils and Boards:
He serves as Democratic Treasurer.

Rep. Dixie followed the Democrat party line and voted against bills chosen for education reform, medical freedom, second amendment rights, fiscal responsibility, governmental transparency, election integrity, and constitutional fidelity. Rep. Dixie earned a vote score of 8% and a leadership grade of F based on his sponsorships and other meritorious or deleterious actions.

Here are some of the bills Rep. Dixie supported:

Rep. Dixie did not support these bills: