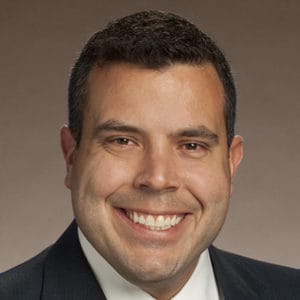 Family and Personal:
Rep. Powell is married with two children and is a real estate broker. He is a Tennessee Certified Prevention Specialist.

Memberships:
He is a member of the Neighborhood Associations of Caldwell-Abbey Hall, Crieve Gall, Fairlane Park, Glencliff, and Woodbine.

He is also a member of the Nashville Area Chamber of Commerce, Phi Alpha Alpha Honor Society, Tennessee Association of Realtors, and Cane Ridge Community Club.

Councils and Boards:
He serves on the board of Nashville Emerging Leaders.

Rep. Powell followed the Democrat party line and voted against bills chosen for education reform, medical freedom, second amendment rights, fiscal responsibility, governmental transparency, election integrity, and constitutional fidelity. Rep. Powell earned a vote score of 15% and a leadership grade of D- based on his sponsorships and other meritorious or deleterious actions.

Here are some of the bills Rep. Powell supported:

Here are some of the TLRC-endorsed bills Rep. Powell opposed: