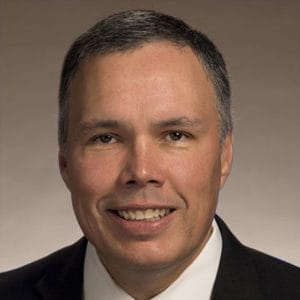 Family and Personal:
Rep. Terry is married with two children and is a physician.

Councils and Boards:
He is chair of the House Health Subcommittee.

Representative Bryan Terry (R) has served District 48 since 2015.  He is Chairman of the House Health committee. He boasts a vote score of 93% and a Leadership grade of B.

Chairman Terry has a challenging committee, both for the difficult issues with which they have had to deal these last few years, but also with the make-up of the committee. Perhaps a stronger hand was required to keep this committee on track.

Two important bills died an early death for lack of a second.  This is unacceptable and, while the chairpersons are mainly responsible, every member of that committee should be ashamed.  If they did not like the bill, put forth the argument and see if it is sufficient to kill the bill with nays. Not allow the sponsor to make his or her argument for the bill is arrogant and cowardly.

Terry supported most of our chosen bills with his votes, and many with his co-sponsorship. Those bills supported education reform, medical freedom, second amendment rights, fiscal responsibility, governmental transparency, election integrity, and constitutional fidelity.

Where we differed was on:

We encourage Chairman Terry to be his own man and use more aggressive leadership in managing his committee.