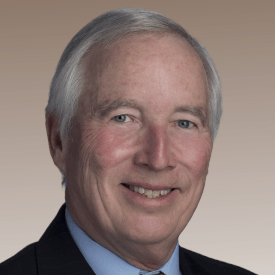 Family and Personal:
Rep. Bricken is married with four children and is CEO of Coffee County Bank of Manchester.

Memberships:
He is a life member of TSCPA.

Councils and Boards:
He is Chairman of the First Methodist Tullahoma Administrative Council and also serves on the Legislative Committee of Tennessee Banker Association.

Chairman Bricken is a good constitutional conservative… most of the time. He co-sponsored HR23, which would create a body in each chamber to study the possible recall of Davidson County Chancellor Ellen Hobbs Lyle “who changed state law and altered state forms that allowed mass access to absentee voting in last year’s elections based on fear … without legislative approval” (Tennessee Star).

Chairman Bricken voted with us twenty-three times out of twenty-six opportunities. He voted against a measure that would create a Solicitor General office to defend our 10th Amendment issues in Federal Court. Like many other members, he voted in favor of a resolution to honor The Reverend Dr. William J. Barber II, a black theologian whose work focuses on social justice and racial equity. Understanding the difference between racial equality (that of opportunity) and equity (that of situational outcome regardless of effort) is paramount. The Reverend is a proponent of the latter. TLRC opposed the gesture. His vote for HB0141, which give a tax exemption to the film and video industry, cost him another three points, leaving him with a 94% vote score, putting him in the middle of the pack.

We like and respect Rep. Bricken and believe that sans COVID, we can work more closely with members in 2021 and get even better results.

Over 3 years, returns the 52% of the 5% collection fees to county Registrars of Deeds needed to run their offices

General Assembly authorization required for the acceptance of resettled refugees.