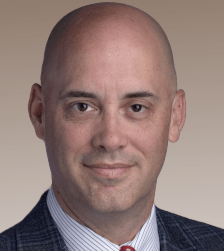 Family and Personal:
Rep. Garrett is married with three children and is an attorney.

Councils and Boards:
He is President of the Goodlettsville Little League Baseball and Co-Founder of the 100 Club of Sumner County, Inc. He also serves as Board Member of Salvus Center, Inc., Vol State Community College Foundation, COMPASS, and Forward Sumner Economic Partnership.

Rep. Johnny Garrett (R), District 45, has served in the Tennessee State House since 2019. Rep. Garrett has a respectable vote score of 70%. His leadership grade of D- indicates a personal lack of pro-freedom initiatives. Leadership grades are based on sponsorships, co-sponsorships, amendments, and other acts, both good (+) and bad (-).

Corporate welfare in all forms should be opposed. Our state government should not be giving economic advantages to any public or private for-profit entities. Let the free market pick the winners and losers. Jobs would come to Tennessee if we were to actually reform our education system and educate instead of indoctrinate. A well-educated workforce would be unique in America and every business would want to be in our right-to-work, no-income-tax state. Members should rethink these handouts. To his credit, Rep. Garrett did oppose another corporate welfare bill:

Rep. Garrett has potential to be a leader in the battle against bigger government and for our tenth amendment rights to make good policy decisions for ordinary Tennesseans by Tennesseans. We are in crisis. We can and must do better.