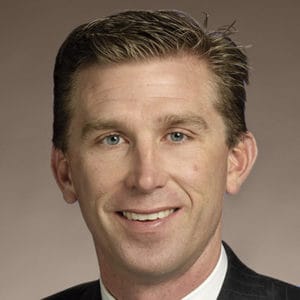 Family and Personal:
Rep. Williams is married with two children and is in both construction and business development.

Memberships:
He is a member of Cookeville/Putnam County Chamber of Commerce, the After Dark Series, and a C-N Soccer Alumni.

Councils and Boards:
He is Majority Caucus Chairman.

Chairman Williams sponsored one of our favored bills:

SB0350/HB0506 – Bailey/Williams – Creates a Solicitor General office to defend against non-constitutional federal laws and policies and violations of the 10th amendment (deferred in Senate Judiciary Committee to 2022).

And co-sponsored eight of our favored bills:

Chairman Williams earned a commendable 9.5 out of 10 on constitutional fidelity. His vote against HR110 balanced out one of his two errant votes.

SB0736/HB0141 – Johnson/Lamberth (a Governor’s bill with which we take issue) – Special tax exemption for the film and video industry which was supported by a large majority of the General Assembly (passed). TLRC does not support special carve-outs for cherry-picked industries. The government should not be picking winners and losers. Williams co-sponsored this bill and voted for it 3 time.

HB0368 makes records of minor students created by a school resource or other law enforcement officer confidential and not subject to a public records request in certain circumstances, from May 11, 2021 to July 1, 2026; creates certain exceptions.

HB0488 authorizes the department of safety to, without payment of financial consideration and following notice to the commissioner of general services, transfer a surplus first responder two-way radio held by the department to the county government of a county that is designated as a distressed county in the most recently published edition of the Appalachian Regional Commission economic classification system index; authorizes other similar transfers after initial transfer.

HB0841 revises provisions governing appropriations in regards to laws that result in net increase or net decrease in periods of imprisonment in state facilities.

HB0975 provides for the allocation of certain revenue from state and local sales taxes to pay for the capital and operation expenses associated with a motor sports facility.

HB0976 excludes from the definition of marijuana “a product,” instead of “a cannabidiol product” approved as a prescription medication by the United States food and drug administration; specifies that such a product will be redesignated, rescheduled, or deleted as a controlled substance.

We do not need more laws; we need better laws, and enforcement of the better laws. The grassroots are looking for courage in our legislators: courage to stand up for constitutional principles over pressure from leadership and paid lobbyists. Ryan Williams has the right stuff. He can be that warrior. We are at a crisis point and now is the time to stand for the people instead of special interests, the wealthy, and well-connected, and against those who assume power through corruption and coercion. If we do not, we could very well lose our republic and our liberties.