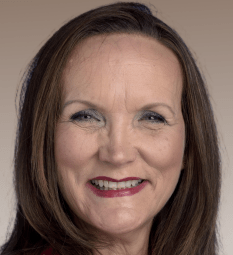 Family and Personal:
Rep. Rudder is married with two children and is both a small business owner and co-host of the Right Way Radio Show.

Memberships:
She is a member of Franklin County Chamber of Commerce and the NRA.

Councils and Boards:
She serves as President of Franklin County Republican Ladies. She is also founder and past chairman of Southern TN Ladies Society and is a board member of both Winchester Dog Park and Winchester Downtown Program Corp.

Rep. Iris Rudder (R) came to the GA in 2019. She is Vice Chair, Insurance Committee, Member, Agriculture and Natural Resources Committee, Calendar and Rules Committee, and the Education Instruction Committee, Insurance Subcommittee. Rep. Rudder is one of our better members, supporting twenty-six of the TLRC positions on chosen bills with only three dissents, earning her a 94% vote score. She co-sponsored eight TLRC- favored bills:

Vice-chairman Rudder earned a commendable nine out of ten on constitutional fidelity. Her three errant votes were offset by some courageous independent votes.

She supporting the following bills which TLRC opposed:

SB1216/HB0800 – Niceley. Griffey – This bill would have prohibited material that promotes or normalizes LGBTQ lifestyles from being taught in elementary grades as age-inappropriate (house Education Instruction Committee recommended for passing; referred to Finance, Ways, and Means Committee but not acted upon further. No action in Senate).

HB0616 prohibits certain persons from having a direct or indirect interest in a contract with a county for the purchase of supplies, materials, equipment, or services.

HB0619 requires an insurer to include cost sharing amounts paid by the enrollee, or on behalf of the enrollee by another person, when calculating an enrollee’s contribution to an applicable cost sharing requirement, in certain circumstances.

We do not need more laws; we need better laws, and enforcement of the better laws we have. The grassroots are looking for courage in our legislators: courage to stand up for constitutional principles over pressure from leadership and paid lobbyists. Iris Rudder can be one of the models for her gender! We are at a crisis point and now is the time to stand for the people instead of special interests, the wealthy, and well-connected, and against those who assume power through corruption and coercion. If we do not, we could very well lose our republic and our liberties.