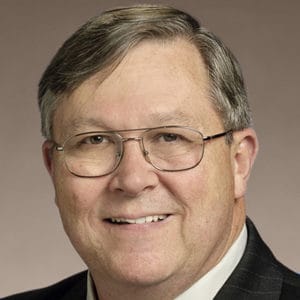 Family and Personal:
Rep. Ragan is married with two children and three grandchildren and is a business consultant. He is also a veteran of the US Air Force, serving as a fighter pilot. Occassionally, he also acts as a substitute teacher for his local school system.

Councils and Boards:
He is vice chair of the House Government Operations Committee and the Joint Government Operations Education, Health, and General Welfare Subcommittee. He serves as chairman of the House Energy Task Force and is vice chairman of the NCSL Nuclear Working Group. He is also a board member of the Southern States Energy Board. Finally, he is the Commander of Legislative Squadron with the TN Wing of Civil Air Patrol.

Representative John Ragan (R), District 33, has served in the Tennessee State House since 2015. He is the chairman of the very important Government Operations Committee. Chairman Ragan has a respectable vote score of 83%, placing him #13 – 16 (ties) in a body of 99 members. His leadership grade of A sets him above the crowd at #13. Leadership grades are based on sponsorships, co-sponsorships, amendments, and other acts, both meritorious (+) and deleterious (-).

TLRC scores and grades reflect the entire process, not just end results. We count every vote on every selected bill.  Bills are selected for their value to ordinary Tennesseans, or their insult to those values. We encourage our General Assembly members to support the former and oppose the latter. When they don’t, they lose points.

Here are three TLRC-opposed bills that, to our disappointment, Chairman Ragan supported:

Corporate welfare in all forms should be opposed. Our state government should not be giving economic advantages to any public or private for-profit entities. Let the free market pick the winners and losers. Jobs would come to Tennessee if we were actually to reform our education system and to educate instead of indoctrinate. A well-educated workforce would be unique in America and every business would want to be in our right-to-work, no income tax state. Members should rethink these handouts. To his credit, Chairman Ragan opposed another corporate welfare bill: