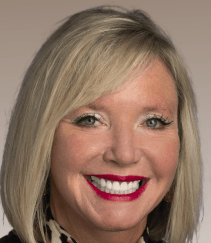 Family and Personal:
Rep. Helton has three children and is a nurse.

Councils and Boards:
She is a council member of the City of East Ridge.

She co-sponsored nine of our favored bills:

And opposed four of our positions by supporting these objectionable bills:

SB0425/HB1379 – Kumar/Massey – Would require insurers to cover infertility treatments, which would result in higher premiums for all. Dictating to private business is antithetical to the U.S. and Tennessee constitutions but some of our legislators only remember that when it serves them (sent to Summer Study). Chairman Helton co-sponsored this bill; she did not get an opportunity to vote on it.

Helton earned an 8.5 out of 10 on constitutional fidelity, supporting the TLRC position on thirty-four of our thirty-seven bills.

Chairman Helton is one of the better members of the Tennessee General Assembly. She is very well prepared and organized. We expect great things from her in the coming years. She is encouraged to be her own person and to resist pressure from others to support constitutionally questionable bills.