Rep. Mike Carter (R) serves as the Chair of the House Civil Justice Subcommittee, Member of Local Committee, Elections & Campaign Finance Subcommittee, Judiciary, and Select Committee on Ethics. He sponsored 1 bills supported by TLRC based on our liberty values; a bill requiring confirmation by the GA of the TN Supreme Court's nominees for AG and Reporter. He co-sponsored 8 of our favored bills. He argued brilliantly in favor of the reform of TSBA and for closed primaries. He was not so statesmanlike in his handling of the controversy regarding the speaker of the house who was forced to resign. We maintain that indignation over social behavior is cherry-picked for political purposes. If treatment were equal we would be short quite a few members of the GA. In 2018: Sponsored two (2) bills favored by TLRC: HB1457 providing taxpayer relief when there is surplus revenue but failed and was not reintroduced in 2019 as promised, and HB2021 providing some recourse for victims of asset forfeiture. The latter needs more teeth. Co-sponsored seven (7) bills scored by TLRC. Voted for the Gas Tax. Rep. Carter has fought for some very good conservative measures over the course of his public service. 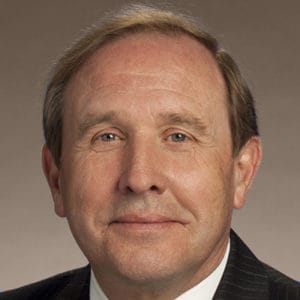 Rep. Carter is married with two children. He is an attorney and businessman. He is chair of the House Civil Justice Subcommittee. He was Judge of General Session Court of Hamilton County, 1997-2005.