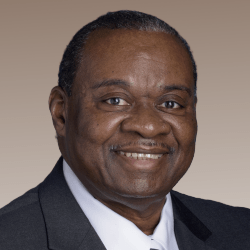 Family and Personal:
Rep. Hakeem is married with four children, four grandchildren, two great-grandchildren, and is retired from General Electric. He is also founder of the Chattanooga Youth Council.

Councils and Boards:
He serves as chairman of the Bessie Smith Cultural Center and the Chattanooga-Hamilton County North Georgia Transportation Planning Organization. He is also a board member of Chattanooga NAACP.

Rep. Hakeem followed the Democrat party line and voted against bills chosen for education reform, medical freedom, second amendment rights, fiscal responsibility, governmental transparency, election integrity, and constitutional fidelity. Rep. Hakeem earned a vote score of 11% and a leadership grade of F based on his sponsorships and other meritorious or deleterious actions.

Here are some of the bills Rep. Hakeem supported:

Rep. Hakeem did not support these bills: