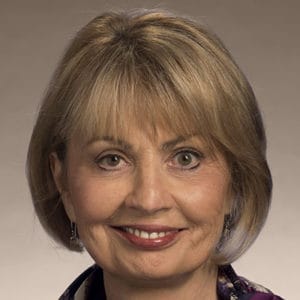 Family and Personal:
Rep. Hazlewood has one child and is retired from AT&T, TN ECD, and as Director of CapitalMark Bank and Trust. She is also an Elder and Trustee at Signal Mountain Presbyterian Church.

Memberships:
She is a member of Chattanooga Rotary Club. Bible in the Schools Board, Friends of the Festival Board, and Stadium Corporation Board.

Councils and Boards:
She is on the Bible in the Schools Board, Friends of the Festival Board, and Stadium Corporation Board.

Hazlewood earned a commendable 9.5 out of 10 on constitutional fidelity, supporting the TLRC position on thirty-five of our thirty-seven bills.

She earned credit for opposing HR110 – Hardaway – Resolution to honor Pastor William J. Barber II (sent to Summer Study). Barber is a black theologist CRT advocate whose rhetoric is anti-American in the tradition of Jeremiah Wright.

Her errant votes were on the following bills:
SB0736/HB0141 – Johnson/Lamberth (a Governor’s bill with which we take issue) – Special tax exemption for the film and video industry which was supported by a large majority of the General Assembly (passed). TLRC does not support special carve-outs for cherry-picked industries. The government should not be picking winners and losers.

Chairman Hazlewood is one of the good members of the Tennessee General Assembly, but she could up her game by sponsoring and co-sponsoring more courageous and constitutional legislation. We do not need more laws; we need better laws, and enforcement of the better laws. The grassroots are looking for courage in our legislators: courage to stand up for constitutional principles over pressure from leadership and paid lobbyists. We are at a crisis point and now is the time to stand for the people instead of special interests, the wealthy, and well-connected, and against those who assume power through corruption and coercion. If we do not, we could very well lose our republic and our liberties.