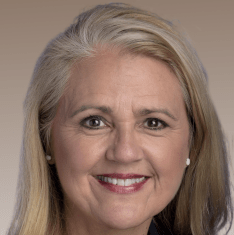 Family and Personal:
Rep. Smith is married with two children and is both a project manager and consultant.

She co-sponsored a massive twenty of our favored bills:

SB1593/HB1120 – Hall/Bailey – Requires review of Presidential Executive orders. If found unconstitutional, Tennessee declares exemption on that basis (passed in the house and never taken up in the senate).

HR110 – Hardaway – Resolution to honor Pastor William J. Barber II (sent to Summer Study). Barber is a black theologist CRT advocate whose rhetoric is anti-American in the tradition of Jeremiah Wright. Smith voted against this bill!

Chairman Smith earned a commendable nine out of ten on constitutional fidelity. Chairman Smith’s only errant votes were supporting the following bills that TLRC opposed:

Chairman Smith at first voted aye but, to her credit, changed to a nay on a second opportunity for this unconstitutional bill:

HB0146 requires the department to report quarterly to certain persons at the general assembly regarding the availability and use of federal funds for programs administered by the department for adult and family services, child support, and rehabilitation services.

HB0486 requires department of transportation to report, on or before November 1, 2021, and on or before November 1 of each year between 2022 – 2026, to the transportation committee of the house and the transportation and safety committee of the senate on the data collected on the following website, or any successor website, established by the federal railroad administration (FRA) for the public and law enforcement agencies to report blocked highway-rail grade crossings: www.fra.dot.gov/blockedcrossings.

HB0487 extends, beginning with the 2021-2022 school year, the counties within which each LEA must implement a program of family life education from counties with a pregnancy rate of 19.5 pregnancies for every 1,000 females ages 15 to 17 to all counties; requires a curriculum on sex education or human sexuality that is implemented by an LEA as a part of a human growth and development program be in conformance with the curriculum guidelines established for family life programs.

HB0734 requires the board for licensing health care facilities to promulgate emergency rules no later than July 1, 2021, to permit persons who qualified as temporary nurse aides on or after the beginning date of the national public health emergency declared January 31, 2020, to become certified as nursing assistants in this state and be placed on the nurse aide registry.

We do not need more laws; we need better laws, and enforcement of good laws when we have them. The grassroots are looking for courage in our legislators: courage to stand up for constitutional principles over pressure from leadership and paid lobbyists. We believe Robin Smith has that courage. We are at a crisis point and now is the time to stand for the people instead of special interests, the wealthy, and well-connected, and against those who assume power through corruption and coercion. If we do not, we could very well lose our republic and our liberties.

Telemedicine delivery to be covered commensurate to in-person.

General Assembly authorization required for the acceptance of resettled refugees.