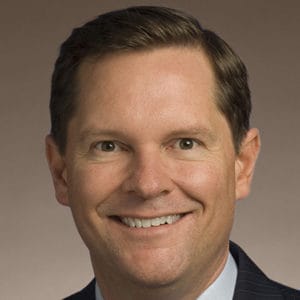 Family and Personal:
Rep. C. Sexton is married with three children and is a banker.

Memberships:
He is a member of the Crossville Noon Rotary Club, Friends of Cumberland Mountain State Park, Relay for Life, and the Fairfield Glade Lions Club.

Councils and Boards:
He is chair of the House Health Committee. He serves on the boards of the Good Samaritans Society and Cumberland County Bank.

Speaker of the House Cameron Sexton (R), District 25, has served in the Tennessee State House since 2011. Speaker Sexton has a regrettable vote score of 65%, placing him #51 in a body of 99.  His leadership grade of D- indicates his lack of personal initiative to uphold his oath and represent the people instead of the lobbyists, the special interests, and the monied elites. Leadership grades are based on bold and heroic sponsorships, co-sponsorships, amendments, and other meritorious acts that benefit the people. Deleterious actions result in demerits.

Corporate welfare in all forms should be opposed. Our state government should not be giving economic advantages to any public or private for-profit entities. Let the free market pick the winners and losers. Jobs would come to Tennessee if we were actually reform our education system and to educate instead of indoctrinate. A well-educated workforce would be unique in America and every business would want to be in our right-to-work, no income tax state. Members should rethink these handouts.

Speaker Sexton has the position and the power to lead in the battle against bigger government and for constitutional principles. We need principled members to battle against government expansion, profligate spending, and for our tenth amendment rights to make good policy decisions for ordinary Tennesseans by Tennesseans. We are in crisis. We can and must do better.