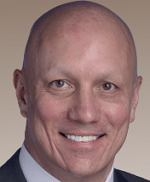 Family and Personal:
Rep. Hall has one child and is a small business owner. He has also served in the United States Marine Corps.

Councils and Boards:
He is the co-chair of the South East Tennessee Veterans Home Council.

Vice Chairman Mark Hall (R), Vice-Chairman of the House Transportation Committee. Rep. Hall (R) came to the GA 2019. He has been a positive force by supporting conservative values.  His vote score of 88% places him in the top 8% of 99 members of the House. It was a tough year; no one earned 100%.

Credit to Rep. Hall for voting the right way on some bills that were lobbied hard by special interests and the leadership:

We wish he had shown the same good judgement on two others.  As did 92% of our House members, Representative Hall fell short by supporting a couple of corporate-welfare handouts:

We oppose corporate welfare in all forms. Our state government should not be giving economic advantages to any public or private entities. Leave the economics to the free market.

Hall failed to accrue leadership points this year, lacking in sponsorships and co-sponsorships of critical legislation. There may have been other actions worthy of merit. TLRC can only count what is recorded or what we see personally. His sixteen merits earned him a D. We know he is better than that.

We hope Mark Hall returns to the General Assembly and look forward to working with him in the 113th session.