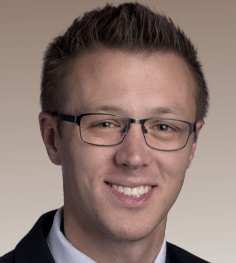 Family and Personal:
Rep. Cochran is Chief of Staff at the McMinn County Mayor’s Office.

Memberships:
He is a member of Keep McMinn Beautiful, the Community Action Group of Englewood, and the McMinn County Republican Party.

Councils and Boards:
He is Majority Treasurer of the House Republican Caucus.

His very impressive leadership grade of A+ was earned by virtue of the third highest leadership score of the entire house of representatives. His 96% vote score was in line with other leaders who made the same mistake of supporting HB141, the bill giving special tax-exemptions to the film and video industry.

Cochran sponsored HB1513 which creates a database for approved supplemental materials for teachers, helping them avoid the egregious materials recently prohibited by our legislature. TLRC supported and scored that legislation. Rep. Cochran co-sponsored another nine bills chosen by TLRC. He scored high on constitutional issues, supporting constitutional-based bills, and opposing those that were constitutionally inconsistent.

He lost a few points by voting for HB703, a bill that will provide a multi-million-dollar state funding grant for a proposed minor league baseball stadium for the Tennessee Smokies, a double-A team which is owned by University of Tennessee President Randy Boyd. Boyd and his wife Jenny are mega-multi-millionaires; why are Tennessee tax-payers financing his baseball enterprise?

We have high expectations for Representative Cochran in the future.