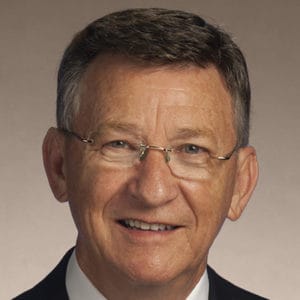 Family and Personal:
Rep. Howell is married with three children and is a retired news anchor. He has received a national award for Religious News Writing for Television News.

Memberships:
He is a member of the Sons of the American Revolution, Colonel Benjamin Cleveland Chapter and the Westside Ruritan Club of Bradley County.

Councils and Boards:
He serves as vice chair for the House Local Government Committee and chair of the House Joint Government Operations Judiciary and Government Subcommittee.

Chairman Howell is one of our champions, supporting twenty-five of the TLRC positions on chosen bill with only two dissentions, earning him a 96% vote score.

He showed courage by co-sponsoring ten of our favored bills.

Here are some of the more controversial:

SB1593/HB1120 – Hall/Bailey – Requires review of Presidential Executive orders. If found unconstitutional, Tennessee declares exemption on that basis (passed in the house and never taken up in the senate).

Howell earned a commendable 9.5 out of 10 on constitutional fidelity.

His errant votes were supporting the following bills which TLRC opposed:

We are extremely proud of him for not supporting this bill:

HB0124 provides for the naming of certain roads and bridges in honor of certain persons.

HB0128 prohibits a homeowners’ association from prohibiting the use of a sign posted to warn the public of health, safety, or dangerous natural conditions associated with water on the property in certain circumstances; clarifies date of application of prohibition on HOA prohibiting property owners from displaying flags.

HB0796 authorizes an incentive program established by the board of claims to include policies and procedures for the effective and efficient administration of claims; authorizes those policies and procedures to establish the timeframe and content for the agency response relative to claims and the imposition of fines and penalties for noncompliance.

We do not need more laws; we need better laws, and enforcement of the better laws. The grassroots are looking for courage in our legislators: courage to stand up for constitutional principles over pressure from leadership and paid lobbyists. We see that in Dan Howell. We are at a crisis point and now is the time to stand for the people instead of special interests, the wealthy, and well-connected, and against those who assume power through corruption and coercion. If we do not, we could very well lose our republic and our liberties.