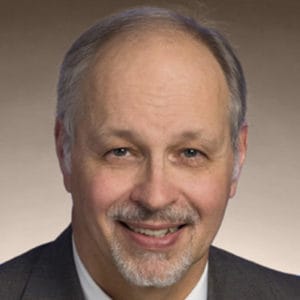 Family and Personal:
Rep. Ramsey is married with two children and is a dentist.

Councils and Boards:
He is chair of the House State Government Committee.

Rep. Bob Ramsey: (R) Chair, Health Subcommittee, Member, Civil Justice Committee, Civil Justice Subcommittee, and Health Committee. Chairman Ramsey supported twenty-one of the TLRC positions on chosen bills with five dissents, earning him a 93% vote score. He co-sponsored none of our favored bills but did co-sponsor one that we scored in opposition.

Chairman Ramsey received a five out of ten on constitutional fidelity. His five errant votes were for not supporting personal freedom on anti-vaccine bills and for supporting the following bills/resolutions which TLRC opposed:

HB0183 creates the professional art therapist advisory committee of the board of examiners in psychology to regulate the practice of art therapy.

HB1284 revises present law provisions regarding the examination to become licensed as a dentist.

HB1620 makes various changes to the charter of the City of Alcoa.

We do not need more laws; we need better laws, and enforcement of the better laws that we have. The grassroots are looking for courage in our legislators: courage to stand up for constitutional principles over pressure from leadership and paid lobbyists. We are at a crisis point and now is the time to stand for the people instead of special interests, the wealthy, and well-connected, and against those who assume power through corruption and coercion. If we do not, we could very well lose our republic and our liberties.