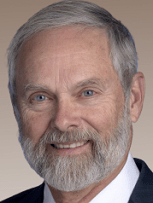 Family and Personal:
Rep. Wright is married with one son and is retired from AT&T. He is also a member of Clapps Chapel United Methodist Church.

Representative Wright should always fight against bigger government and for constitutional principles. We need principled members to battle against government expansion, to protect our tenth amendment rights, and to make good policy decisions for ordinary Tennesseans. We are in crisis. We can and must do better.