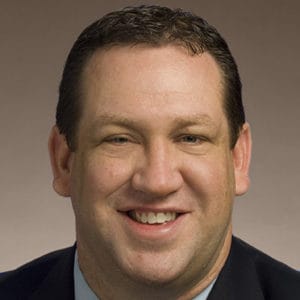 Family and Personal:
Rep. Faison is married with five children and is a small business owner. He also serves as worship leader at Crossroads Community Church.

Memberships:
He is a member of Cocke County Chamber of Commerce, National Rifle Association, and Tennessee Bear Hunters Association.

Councils and Boards:
He is chair of the House Government Operations Committee and is a board member of Douglas Coop. Inc.

Chairman Faison is no shrinking violet. He makes his presence known wherever he may be: social media, political events, committee hearings, or on the house floor. Although it was not scored, we like his HB0646, a bill that removed the one-year requirement for homeschooled students to be eligible for the HOPE and Promise scholarships. In the absence of in-person schooling at times during the COVID hysteria, many parents began homeschooling their children. This bill gives them opportunities they may not have had under the previous requirements.

TLRC also supports Chairman Faison’s HB0189, which expands the territory in which local brewers can market the product of their craft. We would like to see all territorial restrictions lifted. This is another example of hypocrisy where government has no problem telling private business what they can and cannot do.

Faison’s constitutional credits, however, can stand improvement:
• He voted twice for HB703, a bill that will provide a multi-million-dollar state funding grant for a proposed minor league baseball stadium for the Tennessee Smokies, a double-A team which is owned by University of Tennessee President Randy Boyd. Boyd and his wife Jenny are mega-multi-millionaires; why are Tennessee tax-payers financing his baseball enterprise?
• Faison voted several times supporting HB0141, which would require insurers to cover infertility treatments.
• He supported HR110, a resolution to honor Dr. William J. Barber II, a man who is on record demanding congressional lawmakers end the filibuster and pass “voting rights” legislation (HR 1) antithetical to the constitution and the imperative that election laws are determined by the sole authority of state legislatures.

We think Faison has the talent and the will to improve both his grade on leadership and his vote score by creating or co-sponsoring courageous, freedom-supporting bills that will insulate Tennessee from the onslaught of regressive programs and policies coming out of Washington D.C.